GLOCAL- think global and act local. Uderstand why we believe in this

To understand what glocalization is, just remember what all parents have always said: “We love everyone with the same intensity, but each child in a different way”.

When the internet emerged and created the basis to a new world at the turn of the 21st century, there was talk of erasing borders, shortening distances, and accessing other countries and cultures.

It was the period of “globalization”. The whole world was connected, news in real-time, buying products from other countries, and video calls. Nowhere was too far that you couldn’t see it with Google Earth.

In this scenario, companies find themselves with the upper hand: new target audiences, new markets to expand and sell to. Billions of new potential customers. It was enough to reproduce and increase production, create a base in the target countries and sell.

Many companies have managed to grow in this scenario. But it isn’t as simple as it seems!

Globalization has also caused people to be bombarded with information, products, advertisements, and news from around the world. Also, when there is an excess of information, the tendency is to pay attention only to what interests us, to what creates a connection and makes sense in our culture and way of being. Besides that, we have to understand what our audience wants to consume.

The possibilities that the internet and new technologies had opened up were so innovative that the market took a while to realize one of the most fundamental points for an internationalization work strategy - remember the children's story? It is essential to respect individuality, singularities, specific characteristics, regions, cultures and local customs.

The Bombril company, for example, which had a single size of steel wool, created two other product formats to meet the demands of different regions in Brazil. In the south, where people used to divide the steel wool in half, the company created packaging with 8 smaller sizes. In states like Rio de Janeiro and Espírito Santo, where houses have many windows and the product is used more, the company met the demand and created steel wool with a larger size.

Kibon is another example. As some fruits only exist in Northeastern states of Brazil, the company created ice cream with the flavors of the region, such as cajá, cupuaçu and soursop. Bunge, a food manufacturer, launched a 500g mayonnaise package in the southern region of the country, being more practical and cheaper than glass jars due to the high consumption of the product.

These are business adaptations to local customs and characteristics, which could happen in several ways: with changes to the product itself or in the process, in the marketing approach, in the packaging, or in the distribution format, for example.

What glocalization looks to do is to respect and protect what is “local” from the cultural pasteurization that globalization has caused in certain aspects.

Go there, search, look for, expand globally, but focus on local market in cultural and behavioral terms. It is the most consistent form of connection that the company can create with the customer.

We believe in the glocalization concept and always try to apply it throughout the WePayout processes. We think global and act local. 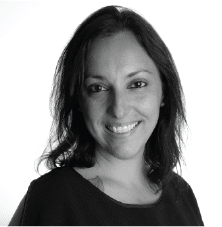